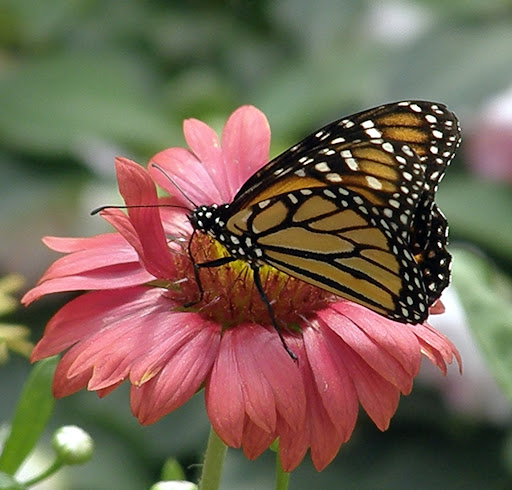 A poignant moment during the New York observance of the 2nd anniversary of Sri Chinmoy’s Mahasamadhi (passing from the Earth plane) came in the form of a butterfly.

A group of the late spiritual leader’s students were standing in formation facing the samadhi shrine and a butterfly came up from behind them and lingered over their heads before finally flying towards the shrine.

This was actually the second time a butterfly appeared and hovered nearby at this location – the first being during his interment in October 2007.

These butterfly moments seemed to carry an aura of significance on their wings. That it happened twice made me stop and wonder what is the symbolic significance of a butterfly in various cultures?Â  When I pursued my curiosity about the meaning associated with a butterfly, what I discovered gave me goosebumps.

Butterflies are symbolic in many cultures with transformation, death, rebirth, resurrection, the soul and everlasting life.

In Animal Kingdom, a book of Sri Chinmoy’s commentary on various creatures, he writes the following about butterflies:

Butterfly, my butterfly,
You are the harbinger
Of man’s prosperity-life.
Your sweet arrival
Devours immediately
Man’s ceaseless strife.

As a delighted observer of the natural world around me, I focused in on a different kind of insect during a week’s memorial observances in 2007 directly after Sri Chinmoy’s passing. Read about a praying mantis which also appeared carrying a mystique of symbolic significance.

Here, too, is a slideshow of some photos I took at the Roger Williams Park Zoo Butterfly Pavilion in Providence, Rhode Island last May.