I arrived in New York from Rhode Island the night before the race started, making it in time for part of the Saturday evening meditation function. Later that night, well after midnight, I set my alarm with the hopes to attend the start of this 18th annual 3100 Race which traditionally starts on Father’s Day in Queens, New York. Because of the hectic pace of going to work during the eve of the race and then making the drive to NY, I was truly grateful to wake up and make it to the opening of the race Sunday morning at 6 am.

Day 1 of the race dawned with bright sun and a crisp chill in the air although the day held the promise of warmer summer temperatures by afternoon. Sahishnu, the Associate Race Director, welcomed us to the race and introduced about each runner. A good number of first time runners are part of the race this year, lending further excitement for their spirit of newness for the challenge. Plus the returning runners add a deep current of sweetness in the joy to see their familiar faces and recall all the inspiration they offered in previous editions of the 3100.

Then before we knew it, the race began and it was exciting to watch most of the runners doing the first lap together as a group. Flowers were being planted along the course, drinks and food placed on tables for the runners to take as they passed by. Counters were marking laps as each runner came by.

I wish there was a way to capture and bottle the intangible yet palpable atmosphere which enveloped the start of the race this year. Not my first time as a spectator to this remarkable Herculean  journey, I nonetheless marvelled at the feeling of magic, perfection and anticipation which permeated every little moment of this year’s race start. Many infectious smiles were evident along with earnest attention to the tasks at hand for runners and helpers both. Last but not least for me was to wait to leave the race only after Parvati’s Enthusiasm Singers had begun to sing songs composed by Sri Chinmoy, the 3100 Mile Race Founder.

I took a few photos which are shared here below. I did not try to position myself in involved photog fashion so I do not have photos of every single runner. A more complete photo view of the race can be seen at Jowan’s gallery. 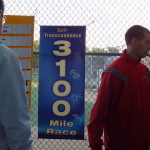 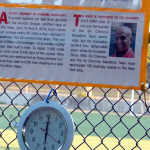 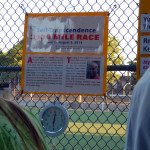 A few minutes into the race 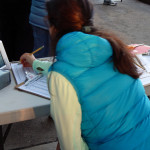 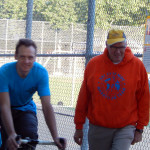 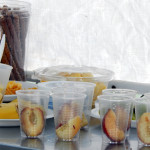 Food for the “road” 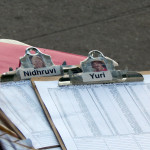 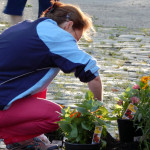 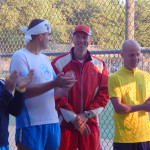 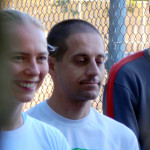 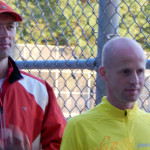 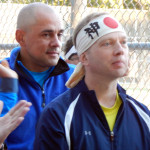 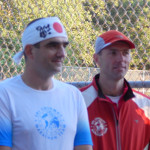 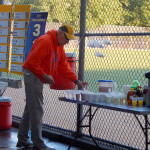 Drinks for the Runners 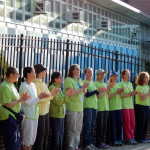 Suprabha getting interviewed for Radio

From about a month ago- our first big snow of the

Saw him while out running in the morning a few day