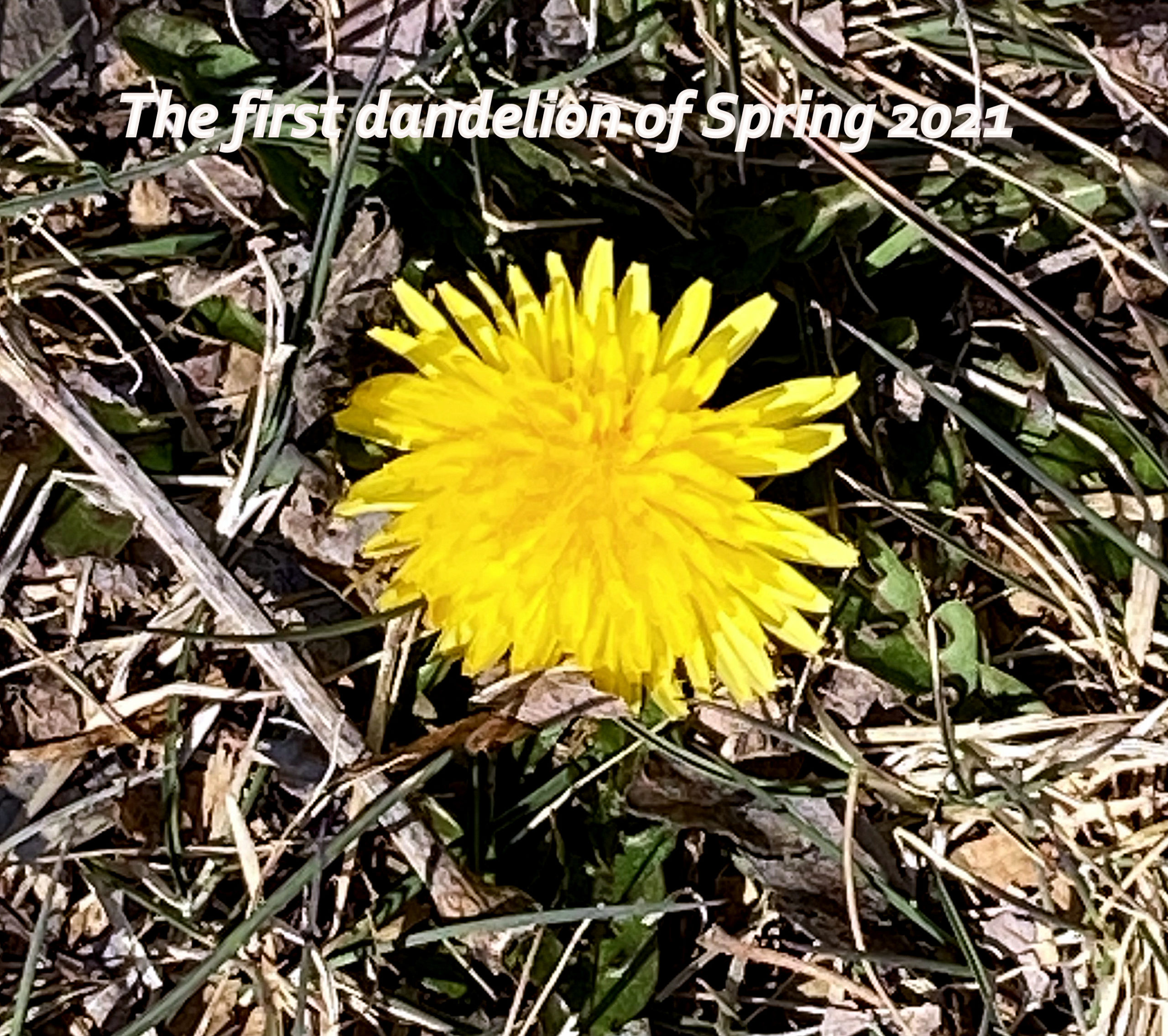 The season of Spring officially arrived yesterday, Saturday March 20th at 5:37am. While it was sunny, when I went out on the bike path that I live along on Saturday it was very windy and there was a chill in the air. One day later however when I ventured out again on the bike path, it was sunny, much warmer and less windy. So the second day of Spring felt like its arrival from my vantage point. Especially when I saw my first dandelion of the season alongside the bike path!

Question: What is God’s favourite season?

I relished going outside to do a 2 mile virtual race in the warm sunshine where for the first time in months I didn’t even wear a jacket. The race was the 10th in the Sri Chinmoy Grand Prix Series of thirteen 2-mile races (one per week) that began on January 19th. Since the pandemic began last year, the Sri Chinmoy Marathon Team has added regular virtual race series that people from across the globe can participate in. Participating in these virtual races has been the one silver lining to how radically life has altered since a year ago. This is the second 2 mile Grand Prix Series and I have also done 5k, 10k, half-marathon, 1 mile, and relay events in the virtual series sponsored by the marathon team. To my wide surprise, I did my fastest time yet in this series that began in January. Because Sri Chinmoy advocates that inner and outer running can blend together and support each other, I typically offer a couple of minutes of prayer and meditation before it starts. I time myself and measure the distance with the Runkeeper app on my smartphone. I was in good company on the East Bay Bike Path today with many enjoying the spring weather. I spontaneously got inspired to intentionally smile at 9 people as I did the race as gestures related to Sri Chinmoy’s 90th birth anniversary this August have me preoccupied with the number 9!

When I sat to offer gratitude for a couple of minutes after finishing the race, I turned on the voice recorder on my phone to try to capture the cacophony of birds chirping up a storm. Listen here for a taste of what I enjoyed!