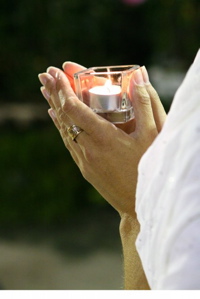 Miraculously perhaps, the last 47 years of my life have been overflowing with life and death has been almost a stranger in the circle of my closest family and friends. Granted death is the great equalizer and it has not passed over my doorstep completely. The grief that often comes in its wake, however, has been more unusual than common for me.

More than 20 years ago when I was still in college but transferred from Kalamazoo College (a small liberal arts college in Michigan) out to a large state university on the East Coast, I received the news that one of my Kalamazoo college chums had been killed in a biking accident most unexpectedly and tragically. The night before I received the news I was woken again and again from an attempt to sleep while vacationing in Wellfleet on Cape Cod by a raging wild thunderstorm and a dream in which she came to me but I didn’t realize in the dream that she had died.

Without hesitation I flew back to Michigan for her memorial service held at K College in which a spirit of true celebration and joy prevailed because she was such a beautiful person who cheered the lives of all she encountered. Her short life seemed to embody the truism that she was almost too good for this world and her departure a respite from its baser savages.

After the service was over, I found some quiet meditative space to have a conversation with her – not at her graveside but rather while sitting on a children’s swingset in a nearby park. In the privacy of my heart, I talked out loud knowing that she heard me and spoke my love and goodbyes punctuated by smiles and tears intermingled.

Fast forward to the present and now I have just spent the last ten days sharing a time of mourning for the death my spiritual teacher Sri Chinmoy together with my spiritual family gathered from across the globe. His life is already being memorialized and I particularly like the clip from ABC News “This Week with George Stephanopoulos” as well as NPR’s mention of him on “All Things Considered.” As someone who counted world leaders, Olympic athletes and Grammy award-winning musicians amongst his friends, peers and devotees; tributes are pouring in to places such as his official website SriChinmoy.org.

Now that the wake, memorial service and funeral are behind us, you will find me over on the swingset – metaphorically speaking – having a conversation with him and remembering my final sweet interactions as one of his students from the Rhode Island Centre who regularly attended meditation functions held by him in Queens, New York.

I experienced his blessings and encouragement right up to the last moment. With my birthday a mere 8 days prior to his death, I felt like he was inwardly feeding me waves of joy as I observed it. In New York for meditation centre activities on the weekend before his death, I sent a gratitude flower to his house and wrote a card which saw my thanks expressed much more deeply and flowery in style than usual. Perhaps some part of me knew I was writing my last note to him before his passing.

Traditionally play performances were a highlight of functions with Sri Chinmoy on Saturday nights at Aspiration Ground in Queens. We had just such a function on the Saturday night before his passing although not all the plays prepared went on because he wasn’t feeling well. While sitting in costume ready to perform a play with my centre leader Vijali, one of Sri Chinmoy’s students shared with me that after receiving the flowers I sent to the house, he had asked “Will she be in Vijali’s play tonight?” Our play didn’t end up going on and the part I would have played gives me the chills just to think of it.

I was to play a boss in an office who was in a state of distraction because his wife was quite sick in the hospital in England while he was working afar in India. His co-workers would ask him how he was and he wouldn’t answer or he would just say “Oh put that paper on my desk” when that wasn’t even what the person had just said to him. In that play written by Sri Chinmoy, his subordinate offers to meditate on his wife’s condition and once she recovers and visits his office she identifies this man as someone who appeared before her in the hospital and saved her life. This play is in fact partially autobiographical with Sri Chinmoy writing about his boss at the Indian Consulate from his early days in the U.S. in the 1960’s.

Oh how I wish real life had an ending like the ending of this play! This time the hour has struck and Sri Chinmoy will continue as my teacher as long as I live but no longer as a living spiritual master. Dearest Guru, I am writing this post dedicated to you as a final moment farewell. Can you please accept it as an aswer to your question “Will she be in Vijali’s play?” Yes I will. No matter the circumstance, the show must go on. I will be in the play. I will cherish your guidance in my life inside my heart as I continue to play on the life stage. Your final question of me will spur me ever onward even as right now I stop to tarry at the banks of the sorrow river in mourning.